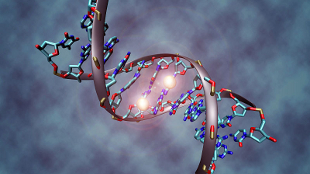 Wikimedia Commons, Christoph Bock, Max Planck Institute for InformaticsFew researchers ever believed that DNA could survive long enough to make Jurassic Park a reality, and yet there have been no reliable models for how long the molecule takes to degrade. But a study published this week (October 10) in the Proceedings of the Royal Society B estimates that DNA from bone has a half-life of 521 years: after that amount of time, half of the nucleotide bonds that hold it together are broken, and after another 521 years, those bonds are cut in half again, and so on.

To determine this rate of decline, an international team of paleogenetisicts examined DNA samples from 158 leg bones belonging to three species of Moa, extinct giant birds from New Zealand. The bones ranged from 600 to 8,000 years old, but all had been preserved in almost identical conditions, which meant the...

Based on their calculations, the team predicted that even under perfect conditions for DNA preservation, it would take a maximum of 6.8 million years for every bond to be destroyed. And even before that time—after around 1.5 million years—the remaining strands of DNA would be too short to be readable. So a dinosaur bone, which would be at least 65 million years old, could never yield useable genetic information.

“This confirms the widely held suspicion that claims of DNA from dinosaurs and ancient insects trapped in amber are incorrect,” Simon Ho, a computational evolutionary biologist at the University of Sydney, Australia, who was not involved in the study, told Nature. 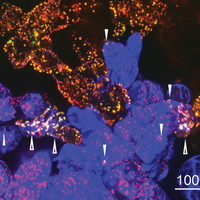