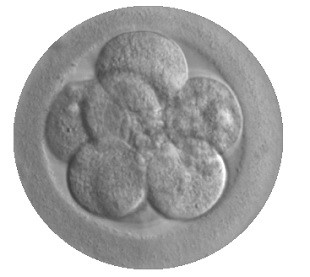 WIKIMEDIA, EKEM, MIKAEL HAGGSTROMA team of researchers from Israel and the U.S. has developed the first lines of human, haploid embryonic stems cells, according to a study published yesterday (March 17) in Nature. The cells offer a new tool for efficient genetic screening and drug tests, as well as a potential means to produce eggs and sperm for infertile couples.

“In diploid cells, mutating just one copy of a gene usually does not produce a biological effect because there is always a second copy that serves [as] a ‘backup,’” study coauthor Ido Sagi of Hebrew University told STAT News. “Learning about the genetic basis of how drugs work in treating certain diseases requires a haploid genome with only one copy of each gene—where every mutation would have an effect that we will be able to learn something from.”

In mammals, gametes (eggs and sperm) are normally the...

“Most researchers believed human haploid cells could not divide and differentiate into different cell types,” study coauthor Nissim Benvenisty of the Hebrew University told New Scientist. “Since we’ve shown they can, it poses the interesting question of why we reproduce sexually rather than from a single parent.”

Jose Silva of the Cambridge Stem Cell Institute in the U.K. who was not involved in the work told New Scientist that the findings presented “an exciting tool,” adding that the research had broad implications for the understanding of how genetic mutations influence the behavior of individual cells.

The team is now focusing on using these haploid cells to identify genetic mutations involved in tumor development and chemoresistance in cancer, Benvenisty told New Scientist.