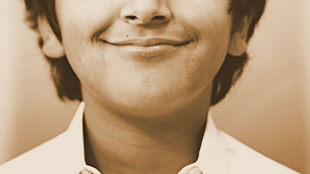 Wikimedia Commons, ElectronNo other goal in life is so universally shared as happiness. Some say it comes from within; others claim to get it from their environments. Arguing that contentment depends at least to some extent on external factors like money and working hours, Wired has turned to science to pinpoint key quantities in life that help people maximize happiness.

First up is salary. Analyzing responses to the Gallup-Healthways Well-Being Index, psychologists Daniel Kahneman and Angus Deaton, both from Princeton University, reported that people with an annual household income of around $75,000 are about as happy as you can get. Those with incomes below that gave lower responses to both life evaluation and emotional wellbeing questions. And people who earn more than $75K per year didn't have commensurately higher levels of emotional wellbeing, though their life evaluation ratings did increase.

One’s daily commute is also a key factor in staying happy, according to Swiss economists Alois Stutzer and Bruno Frey, who found that anything up to 20 minutes is ideal. Surprisingly, they also said that misery plateaus for any journey longer than 30 minutes. “Our main result indicates, however, that people with long journeys to and from work are systematically worse off and report significantly lower life satisfaction,” they wrote in the Journal of Scandinavian Economics.

And then there are kids. Multiple surveys have demonstrated that one child will make you happier than none. But happiness does not increase at the same rate with every further child. “The first child increases happiness a lot, the second less, and the third may decrease happiness,” wrote Mikko Myrskylä and Rachel Margolis, from the Max Planck Institute for Demographic Research, in a working paper in February 2012.