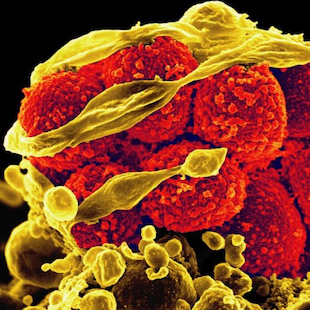 FLICKR, NIAIDA bacterium found in the healthy oral microbiome turns out to capable of unsavory behavior: abetting a pathogen. Researchers at the University of Texas (UT) at Austin reported last month (June 28) in mBio that Streptococcus gordonii provides oxygen to Aggregatibacter actinomycetemcomitans which can infect tooth, gum, and other tissues.

This is the first time a normally harmless mouth bacterium has been shown to change a pathogen’s metabolism to make the microbe more dangerous, Vanessa Sperandio of the UT Southwestern Medical Center in Dallas, who was not a part of the study, told Science News.

“Historically, we tend to think of infections as caused by a single organism, but many diseases are caused by multiple species,” Apollo Stacy, a graduate student who led the work, said in a statement.

But effective lactate respiration depends on oxygen, so the researchers sought to test whether S. gordonii was also making the environment aerobic. To find out which genes A. actinomycetemcomitans needs in both oxic and anoxic conditions (with and without S. gordonii), the group created a pool of transposon mutants of A. actinomycetemcomitans and tracked survival under the different conditions.

The scientists found that A. actinomycetemcomitans doesn’t rely as strongly on genes required for an anoxic environment when S. gordonii is around. Metabolically, the pathogen can “breathe” a little easier, the researchers noted. In addition, when they added electron acceptors, including oxygen, the molecules had a similar effect on the pathogen’s growth as adding S. gordonii.

The results are one example of what Whiteley believes is a wider phenomenon.

“A significant part of the healthcare budget is spent treating infections caused by communities of organisms,” Whiteley said in a statement. “For the most part, we have no idea how these microbes interact. And there are clearly these intricate interactions that promote growth and virulence.”