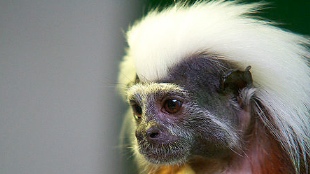 The research facility has been swathed in controversy over animal welfare violations the past couple of weeks. On February 27, the US Department of Agriculture doled out three citations to the NEPRC for failing to comply with federal animal welfare regulations. And then, just 2 days later, the Boston Globe reported that a cotton top tamarin had died at the center, probably from ailments caused by dehydration. It was the fourth monkey to die because of negligence since June 2010, and compelled the facility to suspend new experiments.

But these problems aren’t new at Harvard. Wang was appointed interim head just 6 months ago to address ongoing animal welfare problems at the center, which houses...

There’s enough controversy surrounding animal research even without animal welfare problems at a top research center. But the president of the National Association for Biomedical Research Frankie Trull doesn’t think these problems are widespread. “This seems to be uncommon, certainly in this era of the highest standards of animal care at research facilities throughout the United States,” he told WBUR.

Wang will return to running his virology lab at Brigham and Women’s Hospital. Until a new interim director is selected, Harvard Medical School’s executive dean for research Bill Chin will oversee the center.