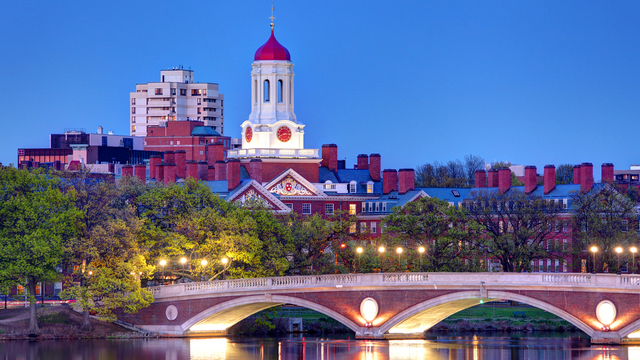 Harvard teaching and research assistants voted last week (April 18 and 19) to join the United Auto Workers (UAW) labor union. The vote was held at the National Labor Relations Board (NLRB) regional office in Boston. The final tally was 1,931 in favor of unionizing to 1,523 against, according to The Harvard Crimson.

Union supporters tell The Boston Globe that they are seeking better health care, wage stability, and a grievance resolution process. “We have been organizing for a long time,” Niharika Singh, a PhD student in public policy, says in a press release. “Winning our union today means we can finally start to make improvements in our working conditions.”

In the press release, Julie Kushner, the UAW’s regional director, called the decision a “crucial moment” in the burgeoning student unionization movement. “[I]t signals that the appointment of an anti-union NLRB will not stop the thousands...

NLRB members are political appointees, and representatives of organized labor have been concerned that President Donald Trump’s selections are unfriendly to unions (via Bloomberg). A newly formed graduate student union at the University of Chicago, for instance, dropped out of seeking NLRB recognition for fear the board would deny its status.

Students began organizing the Harvard Graduate Students Union (HGSU) in 2015 and reached out to the UAW the same year. In 2016, a unionization bid was thwarted, with 1,396 votes in favor of unionizing to 1,526 against. Lawyers for the HGSU and UAW challenged those results, and after more than a year of litigation the NLRB ruled in January 2018 that a second vote was warranted. The ruling invalidated the results of the first election because Harvard had failed to produce complete voter lists, violating NLRB regulations (via The Harvard Crimson).

On its website, the HGSU says that with a union, graduate students will be able to negotiate and secure improvements with binding agreements that can “establish the kind of stability that enables us to focus more on our research and teaching,” as well as advocate for political issues that affect academic employees.

“The main thing that we really want is to have a greater say, greater democracy, in our working conditions,” Ben Green, a PhD student in applied math, tells The Boston Globe. “By joining with UAW, we’re also joining with these other universities organizing with them. We’re building power not just for graduate workers at Harvard, but for graduate workers across the country.”

Anna Cowenhoven, a spokesperson for the university, tells The Boston Globe by email that, “Harvard appreciates student engagement on this important issue.”