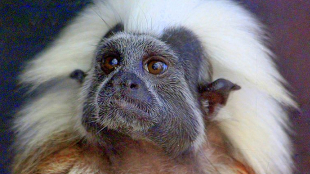 A cotton-top tamarinWIKIMEDIA, CUATROCK77Harvard Medical School this week announced that it will shut down its primate research center over the next 2 years, reported ScienceInsider. The school cited the “increasingly challenging” federal funding environment as the reason behind decision, with no mention of the recent investigations into the center’s animal welfare practices.

Harvard said it would wind down operations at the New England Primate (NEPRC) Research Center in Southborough, Massachusetts, by 2015 rather than seek to renew the center’s 5-year grant from the National Institutes of Health (NIH). The center’s roughly 2,000 monkeys—mostly rhesus macaques and cotton-top tamarins—will be transferred to the NIH’s seven other national primate centers, and Harvard said none of the animals will be euthanized.

“We are in the early stages and focusing our attention on working with our faculty, staff, and the NIH in order to assure a transition that is orderly and...

During its 50 years of operation, the NEPRC has contributed groundbreaking work on an AIDS vaccine and animal models for Parkinson’s and other diseases. But since 2010 it has been cited several times by the United States Department of Agriculture for failing to comply with the Animal Welfare Act. In 2012, for example, a tamarin was euthanized after it was found dehydrated because the water bottle in its cage was faulty. The center responded by revamping its animal-care procedures and making some staffing changes.

Chris Newcomer, director of the Association for Assessment and Accreditation of Laboratory Animal Care International, told the NYT there was no link between the animal-welfare problems and the decision to close the center. “I think science is much too big to close it simply because the USDA criticized it. It’s a very big and significant scientific endeavor.”