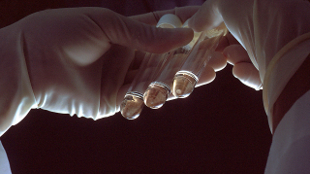 WIKIMEDIA, AZTAn internal report released yesterday (August 18) by the US Centers for Disease Control and Prevention (CDC) suggests that the researcher responsible for the contamination of a relatively benign H9N2 bird flu strain with the deadly H5N1 was overworked and in a rush to attend a lab meeting, factors that likely contributed to the mistake. The report also notes that the accident most likely occurred in mid-January, though the contamination was not discovered until months later, after US Department of Agriculture (USDA) researchers who had received an H9N2 sample from the CDC reported that their test chickens died. The incident was made public by CDC Director Thomas Frieden in July in the wake of other high-profile lab safety lapses.

According to the report, the researcher did not follow proper decontamination protocols while working with both bird flu strains under the same biosafety cabinet. In addition to a lab meeting at noon that the researcher was rushing to, he or she was also dealing with a “heavy workload” as the group worked to prepare data for a World Health Organization vaccine meeting in February.

The H9N2 sample was sent to the USDA on March 12, and word of the contamination made it back to the CDC on May 23, a delay that may have resulted “in part from unclear CDC rules for reporting incidents with select agents,” ScienceInsider reported.