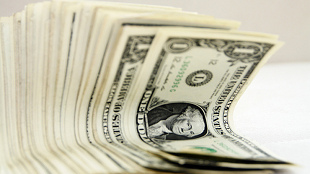 FLICKR, 401(K) 2013The sequester put into effect on March 1 requires the National Institutes of Health (NIH) to cut spending for 2013 across the board by 5 percent. The agency released documents detailing the planned cuts last month (May 8). Earlier this week (June 3), it released a fact sheet spelling out further details of the sequester’s impacts, including the admission of 750 fewer new patients to the NIH Clinical Center in Bethesda, Maryland, than the hospital admitted in 2012.

The agency will eliminate 703 new grants, and an average of 4.7 percent will be cut from ongoing “noncompeting” grant budgets, but the agency says it will not reduce the duration of grants. Furthermore, the agency’s intramural research program, which is struggling to absorb all of its cuts in the remaining months of the fiscal year, which ends in September, after spending as though it was going to be...

The fact sheet cites a “delay in medical progress,” such as developing targeted cancer drugs or a universal flu vaccine, as a major impact of the cuts and says that the reduction in funding will ripple through the country, where the NIH directly supports “hundreds of thousands” of jobs.