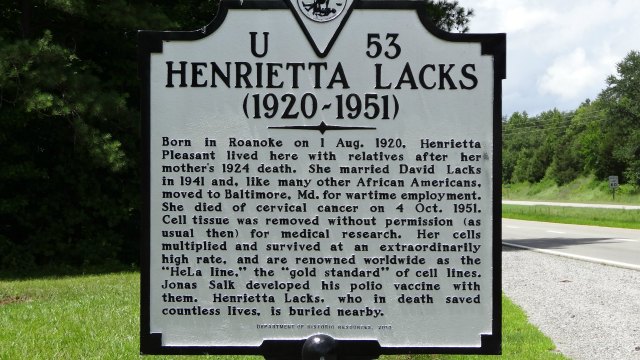 WIKIMEDIA, EMWSeveral family members of Henrietta Lacks, the unwitting donor of tumor cells developed into the widely used HeLa cell line, say they were never compensated for the cells. They are now planning to sue Johns Hopkins University, which developed the cell line without Lacks’s permission several decades ago, according to The Baltimore Sun.

“Everyone else is making funds off of Henrietta’s cells,” Lacks’s grandson, Ron Lacks, told the Sun. “I am sure my grandmother is up in heaven saying, ‘Well, what about my family?’”

Johns Hopkins told the newspaper that the institution had never patented nor profited from the cells.

The Lacks story was documented in a book, The Immortal Life of Henrietta Lacks, which highlighted how the paucity of informed consent affected her family. In 2013, family members worked out a deal with the National Institutes of Health for the appropriate sharing of the...

Lacks’s son Lawrence Lacks, who joins his son and daughter-in-law in asking for financial compensation, told the Sun he was not part of the agreement with the NIH. According to the newspaper, “the family said they want to her cells to be owned by her estate and they would set up a foundation to allow everyone to benefit from the cells.”