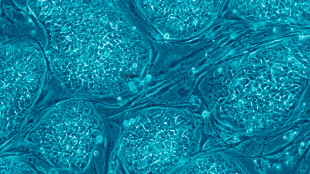 Wikimedia, Nissim BenvenistyIt’s been 3 years since the legality of federal funding for research involving human embryonic stem cells (hESC) was first brought to the US court system, and despite some tense moments, including a temporary ban on National Institutes of Health (NIH) funding for hESC research, the courts have continued to uphold the legality of such funding. Now, the plaintiffs are taking the final step—filing a 36-page petition, known as a writ of certiorari, with the US Supreme Court.

The petition asks the court to consider whether the federal appeals court, which ruled in support of a lower court’s finding that such funding should be allowed, was right in its assessment that such funding doesn't violate the Dickey-Wicker Amendment, which bans federal funding for any research involving the destruction of human embryos. Secondly, the researchers ask the court about the proper handling of the thousands of comments opposing...

"We're at the end game here, hopefully, and we'll see if the court accept or rejects" the petition, Tony Mazzaschi of the Association of American Medical Colleges in Washington, D.C., which has supported NIH in the case, told ScienceInsider. It’s possible that the Supreme Court justices will simply not agree to hear the case, as the Court takes less than 1.4 percent of the petitions it receives each year. The plaintiffs raise "awfully legal, academic-type questions,” Mazzaschi said. The Supreme Court is “not being asked to judge Dickey-Wicker." The court’s decision about whether or not to hear the case is expected before its term ends in June 2013.

Furthermore, Mazzaschi added, there is another possible way this could go: if Mitt Romney is elected President next month, he could issue another executive order that could affect federal funding for hESC research.