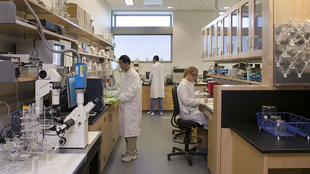 Yesterday (March 15), the Howard Hughes Medical Institute, a national nonprofit medical research organization, opened a national competition for new investigators. The institute will invest some $200 million in up to 30 new biomedical researchers, “among the most creative and promising in the nation,” according to the organization’s website. The last competition was held in 2007.

The Institute’s approximately 340 Hughes investigators currently include 13 Nobel Prize winners and 147 members of the National Academy of Sciences. The Institute spent $825 million for research in fiscal year 2011.

The 2012 competition is open to scientists in all biomedical disciplines, as well as researchers from other fields such as biophysics, biomedical engineering, and evolutionary biology. Each winner will receive a 5-year appointment as an HHMI investigator and substantial funding to explore new research ideas and even change research directions.

“We’re betting on the individual,...

Candidates apply directly to HHMI, and applications must be received by June 13. Eligibility and application information can be found here. Finalists will be announced in the spring of 2013 with appointments as early as September 1, 2013.