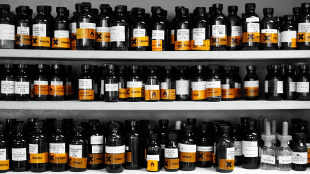 The National Toxicology Program of the US Department of Health and Human Services (HHS) released its 13th Report on Carcinogens (RoC) yesterday (October 2). Three new listings and a reclassified one bring the total number of known or anticipated carcinogens to 243. The report, produced by congressional mandate since 1980, is meant to inform the public and provide a framework for agencies that regulate chemical exposure.

Based on evidence that they cause tumors in rodents, the program classified 1-bromopropane, cumene, and pentachlorophenol as “reasonably anticipated” to be human carcinogens, while ortho-toluidine was reclassified as a known carcinogen.

Found in cleaning solutions and spray adhesives, 1-bromopropane is a colorless or pale yellow liquid. Studies have shown that inhalation of 1-bromopropane causes tumors in the skin, lungs, and large intestine of rodents. Cumene is a flammable, volatile compound that is a natural component of coal tar and petroleum, and...

First classified as a reasonably anticipated carcinogen in 1983, ortho-toluidine has been reclassified as a known carcinogen. The report cites human studies demonstrating a cause-and-effect relationship between ortho-toluidine exposure and urinary bladder cancer. Although this chemical is not produced in the U.S., it is imported and used to manufacture pesticides and dyes; it is also found in tobacco smoke.

“This report provides a valuable resource for health regulatory and research agencies, and it empowers the public with information people can use to reduce exposure to cancer causing substances,” Linda Birnbaum, director of the National Toxicology Program, said in a press release.