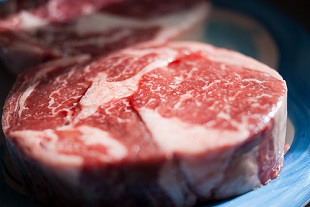 FLICKR, TARYN HICKSTwo studies published March 4 in Cell Metabolism suggest that a low-protein diet may be key for longevity, casting doubt on the widespread dietary trend of reducing carbohydrate intake and loading up on protein.

One study, led by Stephen Simpson at the University of Sydney, looked at the life spans of mice on diets containing varying levels of protein, carbohydrates, and fat. Mice on a high-protein diet were leaner, but mice on a low-protein, high-carbohydrate diet lived much longer. The other study, led by Valter Longo of the University of Southern California, used death certificate data from people 50- to 65-years-old who had participated in the national NHANES nutrition survey. NHANES participants who reported a high-protein diet on NHANES had a higher rate of death, especially from cancer before age 65. However, after age 65, a high-protein diet seemed beneficial.

“If these two studies are...

Popular nutrition writer Marion Nestle, who is also a public health professor at New York University, is more skeptical of Longo’s results. “Protein is not, and never has been, an issue in American diets, and the data presented in this study do not convince me to think otherwise,” she told the Washington Post.