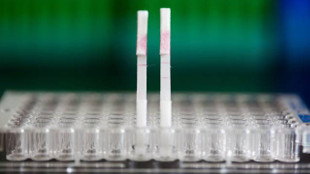 Instead of an expensive, unpleasant colonoscopy or MRI, a spoonful of yogurt followed by a urine test could soon enable accurate, early disease diagnosis. The invention could bring colon cancer screening to poor and remote populations and make the testing more accessible in the U.S. and other developed countries.

Researchers at MIT, led by bioengineer Sangeeta Bhatia, have designed synthetic nanoparticles coated with peptides that serve as substrates for cancer-specific enzymes. In the presence of the enzymes, called matrix metalloproteinases, the reaction products are excreted in urine and can be detected using a paper-based antibody test. This technique successfully identified colorectal cancer and blood clots in mice, the researchers reported earlier this year in PNAS.

Until recently, the technology required injecting mice with the nanoparticles. Now, Bhatia and her team have engineered bacteria in yogurt...

The technique has the potential to save many lives. Colorectal cancer occurs in about 5 percent of the US population. Although 90 percent of people diagnosed early survive for at least 5 years, due to a lack of proper screening, only 40 percent of cases are diagnosed before the cancer spreads to surrounding tissues, according to the Colon Cancer Alliance.

Samuel Sia, a biomedical engineer at Columbia University who was not involved in the research, told MIT Technology Review that Bhatia’s synthetic biomarkers are an “interesting concept” and seem to work consistently in mice. But without data from clinical trials, he said, “I wouldn’t say this is the solution yet.”