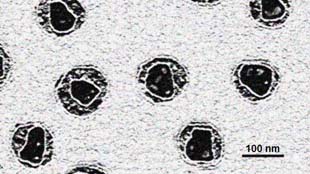 Physician-scientists reported in July that two male patients had stopped anti-retroviral therapy and were HIV-free after bone-marrow transplants that occurred in 2008 in one man and 2010 in the second. Now, the scientists have announced that HIV is back in both patients.

The men were given high-risk bone-marrow transplants to treat blood cancer and had no detectable levels of HIV in their blood eight months post-transplant. They each stopped taking anti-retroviral drugs earlier this year and did not test positive for HIV for months. Timothy Henrich of Brigham and Women’s Hospital in Boston, one of the patients’ physicians, said today in a statement that one man’s HIV returned in August and the second man’s blood tested positive in November. Both men are now...

Anthony Fauci, the director of the National Institute of Allergy and Infectious Diseases, told The New York Times that the return of HIV in the men “doesn’t put an end to this avenue of research, but it certainly does put a damper on it.”

“The failure to cure these individuals will certainly influence the conduct of future clinical trials,” Steven Deeks, an HIV researcher and physician at the University of California, San Francisco, told Nature News. “It is now clear viral rebounds can happen at any time, even months after stopping therapy. People will have to followed very carefully for more prolonged periods than in the past.”