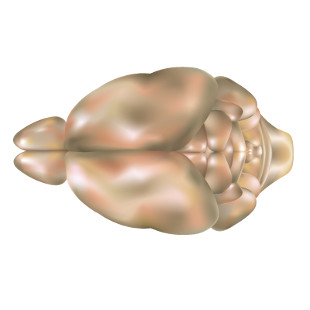 WIKIMEDIA, DATABASE CENTER FOR LIFE SCIENCESThe rewarding feelings of running—often called “runner’s high”—are in part modulated by a hormone that affects signaling in the brain, according to a mouse study published in Cell Metabolism this week (September 1). Specifically, knockout of a receptor for the adipose-produced leptin, which inhibits hunger, led mice to nearly double the amount of time spent running compared with their wild-type counterparts.

“Based on these findings, we think that a fall in leptin levels increases motivation for physical activity as a means to enhance exploration and the pursuit of food,” study coauthor Stephanie Fulton, an associate professor of nutrition at the University of Montreal, said in a statement.

In previous studies, reduced levels of leptin have been associated with high endurance in people. The hormone is thought to also play a role in anorexia.

“Our study also suggests that people with lower...