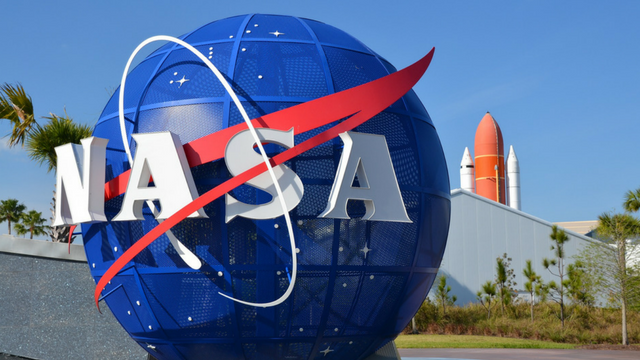 Notably, while Senate appropriators rolled back the majority of the president’s cuts to the NSF, funding would not be as large as the one outlined in the House version of the bill.

Some senators voiced their displeasure with the cut prior to the vote. “I’m especially disappointed that this budget doesn’t keep NSF at 2017 levels,” said Senator Jeanne Shaheen (D–NH), Science reports.

NOAA, on the other hand, would get $600 million more under this bill compared to the House bill, according to the report, although this would...

The Senate’s proposed budget for NASA’s science office doesn’t follow this pattern, Science points out, and falls below the president’s request. Overall, NASA would receive more than Trump originally intended.

A series of recent spending bills from the US House of Representatives Appropriations Committee are rolling back President Donald Trump’s requested science cuts for the 2018 fiscal year. According to a House news release, the bill that allots funds for the National Science Foundation (NSF), NASA, and other agencies proposes a $4.8 billion overall increase in discretionary funds when compared with Trump’s 2018 budget, although the NSF would still see a decrease in its budget. The Commerce, Justice, and Science (CJS) Subcommittee advanced the bill to the full committee yesterday (June 29).

Overall, priorities for the bill include national security and “continu[ing] investments in space exploration programs, and advance[ing] groundbreaking science and technology,” states the House news release. However, “in order to make these investments, lower-priority programs are reduced or eliminated.”

The new bill allocates $7.3 billion total for NSF, a $133 million cut to this year’s funding level, but, as Science reports, that’s $685 million above what Trump has requested—a 1.8 percent cut as opposed to an 11 percent cut, Nature points out.

NSF’s budget for research and related activities wouldn’t change from this year. According to Science, “[t]he biggest variation [to NSF’s budget] from 2017 would come in its major research facilities account, which funds new construction.” Of the $183 million that the NSF had asked for in this account, $105 million of those funds were marked for the construction of two research ships, the first of three vessels total. The proposed bill axes the ships, and instead funnels these funds toward NSF’s research, Science reports.

NASA, states the news release, would see $219 million more in 2018 compared with 2017, with its science programs receiving $94 million more next year. Although this clashes with Trump’s intended $600 million cut to NASA’s overall budget, according to Nature, the boosts to certain programs and will likely come at the expense of others. During yesterday’s CJS subcommittee markup and subsequent vote, Representative José Serrano (D-NY) noted that, under the bill, “NASA Earth science research is cut by $217 million below last year, and $50 million less than what the Trump administration requested.”

The National Institute of Standards and Technology (NIST) would receive $87 million less than it did this year, according to the news release, but $140 million more than what the Trump administration wants.

According to Nature, the National Oceanic and Atmospheric Administration (NOAA) would see the most precipitous cut of all under the bill. During yesterday’s markup, Serrano noted a 19 percent cut to NOAA’s climate research, stating that such “crucial climate research” programs are “shortchanged.”

“The bill balances my two top priorities: being frugal with my constituents’ hard-earned tax dollars, while supporting federal law enforcement and scientific agencies with the resources they need to do their job,” CJS Subcommittee Chairman John Culberson (R-TX) says in the news release.