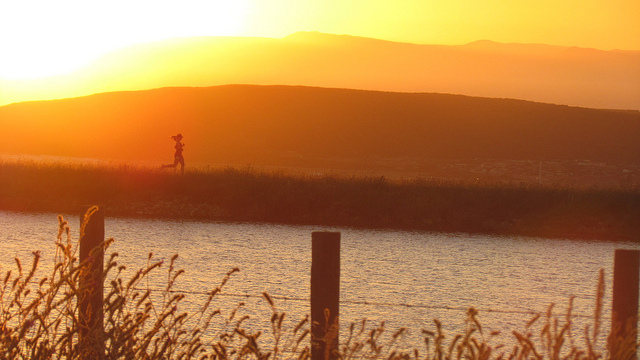 FLICKR, ALEXANDRA E RUSTResearchers have long recognized an epidemiological link between exercise and a lower risk of certain cancers, including breast cancer. But experimental evidence nailing down a molecular mechanism for this effect has been lacking. Now, Pernille Hojman of Copenhagen University Hospital in Denmark and colleagues have found a possible clue: epinephrine activation of the Hippo signaling pathway.

Last year, Hojman and colleagues analyzed factors in the blood serum of women who’d survived breast cancer before and after two hours of moderate to intense exercise, identifying increases in lactate, epinephrine, norepinephrine, and certain cytokines. As had previously been noted, the blood drawn after exercise reduced the viability of breast cancer cells in culture. To determine which of these molecules might be responsible, the team examined the blood of seven healthy women and 20 women being treated for early-stage breast cancer, before and after two hours of exercise.

“The results of this study show that moderate to high intensity exercise leads to an acute increase in levels of epinephrine, which can reduce breast cancer cell viability and tumor growth via activation of the Hippo signaling pathway,” Hojman says in a press release. The findings were published today (September 8) in Cancer Research.

The results only applied to one breast cancer cell line, called MCF-7, of two lines tested. In the second, called MDA-MB-231, epinephrine did not activate the Hippo signaling pathway, and blocking epinephrine binding did not reduce the effects of post-exercise serum exposure on the cells’ growth. “MCF-7 cells are hormone receptor–positive and MDA-MB-231 cells are triple-negative,” Hojman explains in the release. “There are epidemiological data that suggest that exercise might be better at reducing the risk of recurrence of hormone receptor–positive breast cancer compared with triple-negative breast cancer, which might explain why the effects of serum obtained after exercise were more pronounced on MCF-7 cells. In addition, these cell lines differ in which mutations they carry, and the difference in the exercise effect might be a result of this.”

Many questions remain about the role of exercise in determining cancer risk. For example, studies have yielded mixed results about the importance of exercise itself, versus fitness overall. In Hojman’s 2016 study, the group found no effects of six months of training on serum’s ability to reduce breast cancer cell viability in culture. But in a study published this summer in Carcinogenesis, researchers showed that rats that had been bred to be innately more fit were about four times less likely to develop breast cancer than rats with low baseline fitness, demonstrating “the pervasive effects” of fitness on health, study coauthor Henry Thompson, director of the Cancer Prevention Lab at Colorado State University, tells The New York Times this week (September 6).