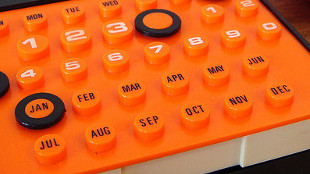 FLICKR, DEE SPEEDAs long as journals have existed, so too have letters to the editor. But such correspondence is often kept private, in particular for cases discussing perceived errors or, worse still, potential research misconduct. With the rise of post-publication peer review fora such as the privately run website PubPeer, which allows users to comment on published papers with varied degrees of anonymity, and the publicly funded PubMed Commons, where commenters are identified by name and institution, researchers are starting to move such discussion out into the open.

Still, it’s unclear whether the journals are paying much attention when articles they’ve published are questioned online. The Scientist asked a handful of journals whether they monitor sites like PubPeer, receiving a mixed response: yes, some editors do scan the web for comments on papers they’ve published, but doing so—at this point—is typically not formal policy. So it’s still unclear...

The Scientist asked readers on Twitter how long they’ve waited to hear from journals they’ve contacted with questions or comments about suspected flaws in published papers. The responses, while not necessarily representative of journal correspondence overall, were not promising.

@MicrobiomDigest: “Over a year, and ongoing.”

@Lewis_Lab: “the longest I’ve waited for action from a journal is forever, and the shortest time to real action--also forever.”

For its part, PubPeer’s moderators told The Scientist they are working to develop an automated notification system to alert journals to papers discussed on their website.