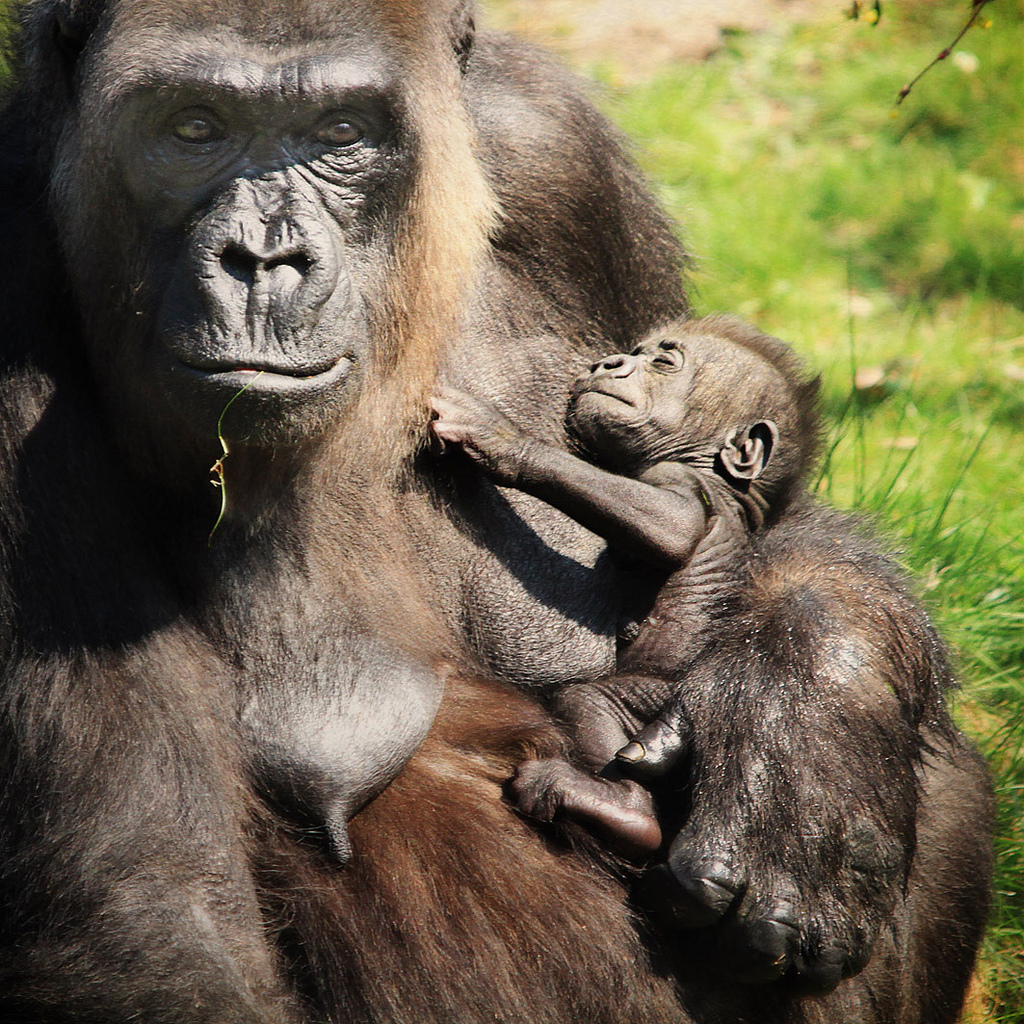 FLICKR, JINTERWASHuman mothers tend to cradle their babies on their left sides, and recent studies suggest children prefer to approach their mothers from the right. But now, a January 9 study in Nature Ecology & Evolution has demonstrated that other mammalian species exhibit similar behavior. After studying 11 mammal species—including oxen, reindeer, antelope, horses, walruses, sheep, whales, and kangaroos—the scientists concluded that infants generally position themselves to the right of their mothers despite their mothers’ preference for positioning them to the left, especially in times of crisis.

Ingram and colleagues observed as infants from each species approached...

“If you’ve got different functions to perform, you can do that more effectively if you allocate different kinds of processing to each brain hemisphere,” Lesley Rogers of the University of New England in Australia, who was not involved in the study, told New Scientist. “So it makes sense for the right hemisphere to be dedicated to social behavior.”