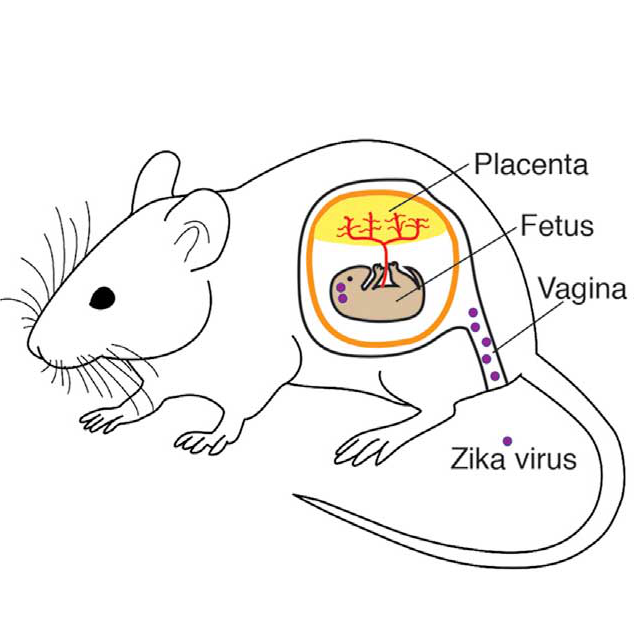 YALE UNIVERSITY, LAURA J. YOCKEY The Zika virus, which can cause microcephaly, is transmitted by mosquitoes and sex. In a mouse study published today (August 25) in Cell, researchers demonstrate, for the first time, that Zika can replicate in the walls of the vagina.

“The Zika virus appears to have a niche within the vagina,” study coauthor Akiko Iwasaki, an immunobiologist at Yale University, said in a statement. “We see from our model that it’s a place where the virus can replicate for an extended period of time, and in pregnant mice, vaginal infection can lead to brain infection of the fetus and growth restriction.”

While the virus appears to persist in human semen for up to six months, it’s not yet known whether Zika can replicate in human vaginal tissue. “Vaginal secretions may be a reservoir for the Zika virus in humans,” Iwasaki said, “but...

Mice are not naturally susceptible to Zika infection, so previous studies have used genetically modified models to study the virus. In the present study, however, researchers found that Zika could replicate for several days in the vaginas of wild-type mice, without causing viremia.

By contrast, in pregnant mice that had been genetically disrupted in interferon signaling—an immune response—the animals became viremic; Zika damaged the fetus so extensively, it spontaneously aborted, the researchers reported.

“The fact that a sexually transmitted virus can end up in the brain of the fetus is worrisome,” Iwasaki said in the statement.

The team is next tackling the question of how the virus migrates to the fetus, she added. “We’re investigating this rigorously.”