For diseases that are slow to spread and develop, it's not always easy to tell if a vaccine is effective. But just 3 years into an HPV vaccination program in the Australian state of Victoria, young women are showing lower rates of cervical lesions, according to a new study published online last week (June 17) in The Lancet.

After the HPV vaccine was licensed in 2006, Australia became the first country to initiate a national program the following year, delivering as many vaccines as possible to women 12 to 26 years old. The new study is the first to compare the incidence of cervical abnormalities among women and girls before and after the vaccine program began. The results revealed that high-grade cervical abnormalities, such as precancerous cellular changes, were about half as common in girls under the age of 18 after the vaccine was introduced—0.42 percent compared to 0.8 percent. No such effect was found in women over the age of 18, and no changes were seen in either group's frequency of low-grade abnormalities, but those impacts will likely be revealed in time. For now, even though circumstances other than the impact of the vaccine may have played a role in the apparent drop in cervical lesions, the evidence of an effect in younger girls is an impressive, even surprising result at this early stage. "Most models have predicted that we would not see an impact from the vaccine until 7 to 10 years" after its introduction, Mona Saraiya, a preventive medicine and public health physician at the U.S. Centers for Disease Control and Prevention in Atlanta, told ScienceNOW. 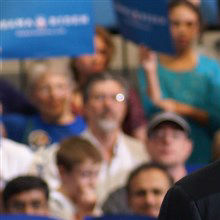