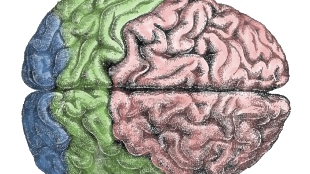 WIKIMEDIA, WYGLIFAfter hundreds of neuroscientists signed an open letter criticizing the governance and goals of the European Commission’s (EC) Human Brain Project (HBP), leaders of the initiative have met with the letter’s organizers to address some of the concerns, according to Nature. Citing an unnamed and “cautious source,” Nature said that HBP officials met with some of the researchers who signed the letter last Thursday (July 10) to engage in “the beginnings of discussions of some of the issues.”

The July 7 letter, which has now garnered more than 650 signatures, complained of a lack of transparency in how the HBP is being managed, an overly ambitious and misplaced goal of building a computer simulation of the human brain, and a lack of funding for conventional cognitive research that deals with high-level brain functions such as thought, consciousness, and behavior. Signatories of the letter, key European neuroscientists...

As signatures began accumulating on the letter last week, HBP leadership and the EC first downplayed the concerns, with EC officials saying in a statement to Nature on Thursday that it was “too early to draw conclusions on the success or failure of the project.” Later that day, however, EC officials reportedly met with some of the letter’s key signatories, apparently seeking to tentatively hash out some of the differences as they released their own, more conciliatory statement. Regarding the misgivings about the ambitious goal to map the human brain in a computer simulation, for example, HBP leaders wrote: “We share this uncertainty. However we contend that no one really knows how much neuroscience data is currently available because it has never been organized, and that no one even knows how much data is needed to begin such an endeavor.”

Yearly EC assessments of the HBP’s milestones will continue as planned, the statement reiterated, but the sheer volume of signatures attracted by the open letter (661 at the time of this writing) and the rapid softening of the EC’s response indicate that at least some of the concerns voiced by some in the European neuroscience community are being heard.