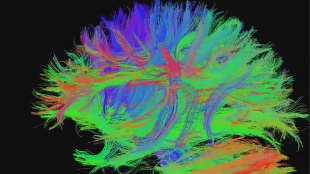 The axonal nerve fibers of the brainWIKIMEDIA, CFCFIt’s been a rough nine months for the European Commission’s Human Brain Project (HBP). More than 250 of Europe’s top neuroscientists threatened to boycott the $1.6 billion effort to create a computer simulation of the human brain last July, and now a European Commission (EC) review panel has echoed some of the same concerns voiced by those scientists. In short, the HBP needs to change governance and improve the way that groups involved in the project collaborate and communicate, the panel said in a review issued last week (March 3). “The reviewers recommend that changes are made to ensure that the decision making processes are simple, fair, and transparent,” the document read. “It is important for the HBP to better articulate its strategic goals and to communicate them in a clear and realistic way, within the HBP, to the wider scientific...

Although the review doesn’t directly reference the grievances made public by a large group of European neuroscientists last year, it seems to echo their concerns. “We are very pleased, because [the review is] confirming the problems that we have been pointing out,” computational neuroscientist Alexandre Pouget of the University of Geneva in Switzerland, an HBP critic, told ScienceInsider. “They are making the exact same points we have made.”

In addition to suggesting a shake-up in the governance of the HBP, the reviewers also recommended enhanced collaboration among subprojects. The panel has given the HBP until June to implement the improvements.

The HBP’s chairman of the board of directors, Philippe Gillet, told ScienceInsider that he doesn’t view the assessment as entirely negative. “We are ranked as a good project, but [the review panel] gives us some tasks,” he said. “You never get a perfect review in science.”

And it seems as though the HBP has already set in motion actions to address the panel’s recommendations. Last Tuesday (March 3), The HPB announced that it had dissolved its three-member executive committee, instead opting to let its 22-member board of directors make important decisions regarding the project.

An independent committee will release its own report, which is expected to contain more concrete recommendations, on the one-year-old HBP within the coming weeks.