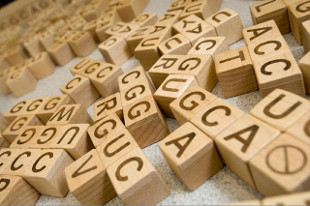 FLICKR, DUNCAN HULLThe ability to sequence a person’s entire genome has led many researchers to hunt for the genetic causes of certain diseases. But without a larger set of genomes to compare mutations against, putting these variations into context is difficult. An international group of researchers has banked the full exomes of 60,706 individuals in a database called the Exome Aggregation Consortium (ExAC). The team’s analysis, posted last month (October 30) on the preprint server bioRxiv, was presented at the Genome Science 2015 conference in Birmingham, U.K. (September 7).

Led by Daniel MacArthur from the Broad Institute of MIT and Harvard, the research team collected exomes from labs around the world for its dataset. “The resulting catalogue of human genetic diversity has unprecedented resolution,” the authors wrote in their preprint. Many of the variants observed in the dataset occurred only once.

“This is one of the most useful...

Among other things, the team found 3,230 genes that are highly conserved across exomes, indicating likely involvement in critical cellular functions. Of these, 2,557 are not associated with diseases. The authors hypothesized that these genes, if mutated, either lead to embryonic death—before a problem can be diagnosed—or cause rare diseases that have not yet been genetically characterized.

“We should soon be able to say, with high precision: If you have a mutation at this site, it will kill you. And we’ll be able to say that without ever seeing a person with that mutation,” MacArthur said during his Genome Science talk, according to The Atlantic.

This is not the complete set of essential genes in the human body, David Goldstein, a geneticist at Columbia University in New York City, pointed out to Nature. Only by studying more exomes will researchers be able to refine that number, he noted.