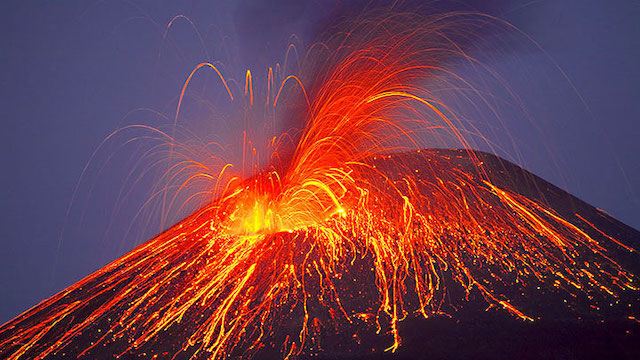 The biggest volcanic eruption in the last 2 million years occurred some 74,000 years ago when Mount Toba, a supervolcano in Indonesia, blew its top, spewing massive volumes of rocks and ash across the world. Many scientists believed that this caused a “volcanic winter,” which dramatically altered the Earth’s climate and nearly wiped out the human species. But a new study, published yesterday (March 12) in Nature, suggests that humanity may in fact have flourished after the event.

After excavating two archeological sites in South Africa, a group of researchers discovered cryptotephra, pieces of glassy volcanic rock, sprinkled between layers of bones, weapons, and other artefacts left behind by humans. “We showed that after the input of the shards, human occupation at the site actually increased dramatically,” Curtis Marean of Arizona State University tells The Atlantic. “We never expected that.”

The investigators discovered that the chemical...

These results suggest that theories proposing that Toba’s supereruption led to a dramatic decline in the human population are probably incorrect, Michael Petraglia, an archaeologist at the Max Planck Institute for the Science of Human History who was not involved in the study, tells The New York Times.

“We need to put the idea of a global volcanic winter to bed,” study coauthor Christine Lane, a researcher from the University of Cambridge, tells The Atlantic. “If there was a climatic impact of the eruption, it was much smaller than people had hypothesized.”

Stanley Ambrose of the University of Illinois who originally proposed that Toba nearly wiped out the human race tells The Atlantic that the results do not counter his hypothesis, pointing out that there were fewer human artifacts in the sediment layers just above the newly uncovered cryptotephra. “That does not mean ‘thrive’ to me,” he says. “The actual data supports what I’ve been proposing for decades.”

More work is needed to unravel the full extent of the supereruption’s effects. “These sites are not enough on their own to know for certain the wider climatic impacts of Toba’s eruption,” Jazmin Scarlett, a historical volcanologist from the University of Hull in the U.K. who was not involved in the work, tells The BBC.