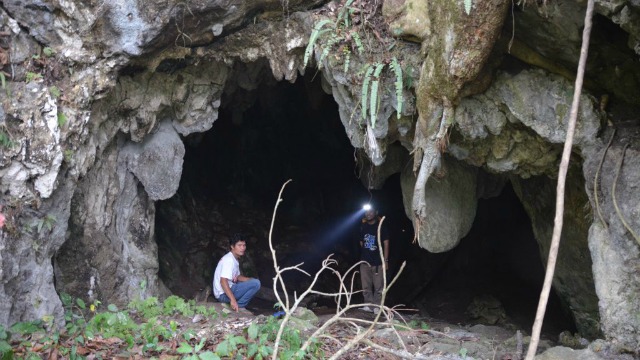 The teeth were found in the Lida Ajer cave in Sumatra.JULIEN LOUYSA new analysis of teeth found in a Sumatran cave in the 19th century finds that they did belong to members of our own species, and date to between 73,000 and 63,000 years ago. As reported today (August 9) in Nature, this is the first fossil evidence that humans colonized the islands of southeast Asia more than 60,000 years ago.

See “‘Out of Africa’ Theory Gets the Genomic Treatment”

Cosmos reports that the two teeth were first discovered by Dutch explorer Eugene Dubois. Although they appeared to be human, it wasn’t clear whether they belonged to Homo sapiens or to a related species, such as Homo floresiensis or Homo erectus, according to The Daily Mail. In the new study, in addition to dating the teeth, scientists led by Kira Westaway of Macquarie University in...

Russell Ciochon of the University of Iowa in Iowa City writes to Science in an email that the teeth “may give us some clues about the early dispersal routes of modern humans.” He says that the researchers “have definitively and superbly demonstrated the presence of modern humans in Southeast Asia 20,000 years earlier than previous estimates.” 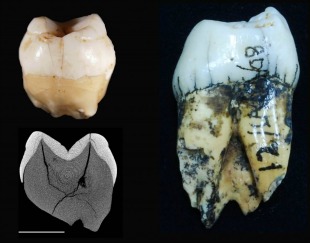 A modern human tooth and its scan (left) compared with an orangutan tooth (right).TANYA SMITH AND ROKUS AWE DUEThe study authors note that while humans are thought to have stuck to the coasts as they first dispersed out of Africa, the cave where the teeth were found is in a rainforest in the Padang Highlands of Sumatra. In contrast to coastal environments, they write in their paper, “rainforests, with their highly spaced, seasonal resources, scarce fat-rich faunas and dearth of carbohydrate-rich plants, present serious difficulties for movement and colonization by hominins that evolved in open environments. Successful exploitation of rainforest environments requires the capacity for complex planning and technological innovations: the behavioural hallmark of our species.”