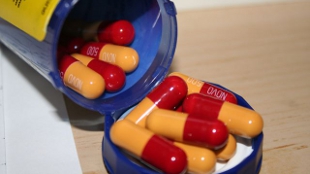 Wikimedia, Bmramon Along with medical device companies and non-profit organizations, the US Food and Drug Administration (FDA) is taking part in a new public-private partnership, called the Medical Device Innovation Consortium (MDIC), which aims to develop better tools for evaluating medical technologies, and do so more quickly.

The MDIC will “create a safe haven for pre-competitive collaborative research between academia and industry focusing on medical devices,” FDA commissioner Margaret Hamburg said at a press conference earlier this week (December 3), according to Spoonful of Medicine, a Nature Medicine blog.

Medical devices are often approved in Europe first, due to the FDA’s notoriously lengthy approval pathway, involving demonstrations of both safety and efficacy. (In Europe, developers must only show that a device is safe to gain regulatory approval.) The FDA hopes that the MDIC will help speed this process by allowing consortium members to share resources and prioritize time and money. “For the...

Meanwhile, the regulatory agency is also feeling pressure from the drug industry to accelerate approvals of new antibiotics, to help thwart the rising problem of antibiotic resistance. Specifically in question is a new vanco­mycin derivative known as telavancin (Vibativ), which has shown signs of efficacy in treating hospital-acquired pneumonia when other drugs have failed or are not suitable. But in the summer of 2010, the FDA rejected the drug—for a second time—citing a lack of robust clinical data.

In a turnaround move last month (November 29) at a meeting in Silver Spring, Maryland, FDA advisers recommended telavancin’s approval, Nature reported—which some see as a sign that the agency may be relaxing its ultra-strict approval criteria for antibiotics. The vote follows a pledge by Janet Woodcock, head of the FDA’s of Center for Drug Evaluation and Research, to “reboot” antibiotic-approval process, as well as the passage of a set of rules by Congress this past summer aiming to speed antibiotic development.

But whether the tide is really turning—and what the ultimate fate of telavancin will be—remains unclear. “I’ve been very optimistic about the whole thing,” David Shlaes, who runs Anti-Infectives Consulting in Stonington, Connecticut, told Nature. “But the FDA has to do something to show that it is actually rebooting.”