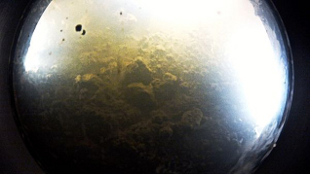 Sediment at the bottom of the Whillans Ice StreamALBERTO BEHAR, JPL/ASUUS-based researchers this week (February 5) announced the discovery of bacteria in samples collected from the Whillans Ice Stream, a lake buried beneath 800 meters of ice at the edge of the Western Antarctic Ice Sheet. If preliminary reports hold up, it is the first confirmation of microbial life in a deeply buried subglacial lake—an unknown ecosystem that has probably been isolated from the surface for millions of years.

It remains unclear how the...

Meanwhile, intrepid research teams from Britain and Russia have also been searching for traces of life in several other Antarctic subglacial lakes. In December last year, a British team was forced to abandon efforts to access Lake Ellsworth. But earlier this year, Russian researchers recovered a core of frozen water from Lake Vostock, by far the largest of the Antarctic lakes, which lies hidden below almost 4,000 meters of ice. The Russians are yet to report any evidence of life in their samples.