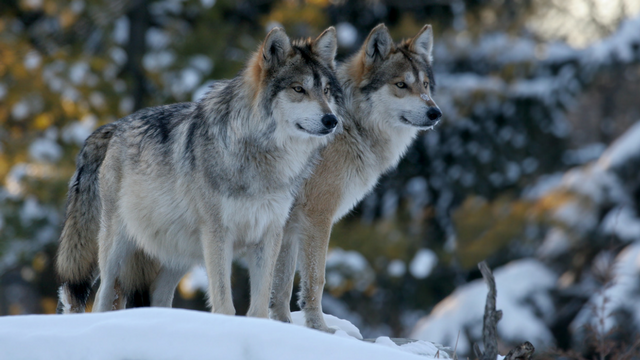 ISTOCK, STEVEGEERUpdate (February 15): The US district judge who had ordered Idaho's Department of Fish and Game to destroy the illegally obtained data says the action can wait until the appeals court weighs in. According to the Associated Press, Judge B. Lynn Winmill maintains that the state cannot use the data in the meantime.

Officials from Idaho’s Department of Fish and Game (IDFG) are fighting a federal court order to destroy data collected from tracking collars on elks and wolves in the Frank Church River of No Return Wilderness, a protected area.

In January, a US district court in Idaho ruled that that the US Forest Service had violated environmental laws by authorizing IDFG to land helicopters and collar animals in an area where engines are prohibited, the Associated Press reports. Officials had illegally collared around 60 elks and four wolves around two years ago.

US district judge Lynn Winmill had subsequently ordered for the collected data to be destroyed.

“The only remedy that will directly address the ongoing harm is an order requiring destruction of the data—no monetary award or other such sanction will alleviate the ongoing harm,” he told Capital Press this January.

Tim Preso, an attorney for Earthjustice, a nonprofit environmental law organization, tells the Associated Press that the groups will continue to pressure IDFG to destroy the data. “The problem is they’ve got almost two years of data that tells them wolf pack locations and where focused activity is and their seasonal movements,” he adds. “It makes it very easy for them now to target those packs.”

Idaho wildlife officials believed that the elk populations—which are hunted for sport—were suffering under predation by wolves. According to Capital Press, IDFG drafted a plan to kill around 60 percent of the wolves residing in the area. In 2014, they hired a hunter who killed nine of the canines.

Environmental groups argue that the wilderness should remain completely free from human interference in order to allow for natural predator-prey dynamics.

According to the January ruling, IDFG officials had originally planned to tranquilize and collar wolves and elks over the course of a decade in order to confirm suspicions that the elk populations were plummeting due to the wolves.

“IDFG uses monitoring data to make informed wildlife management decisions, including appropriate hunting seasons, and to provide technical information and recommendations to [the US Forest Service] on wildlife habitat issues,” an anonymous IDFG official told Capital Press earlier this year. “Requiring the destruction of data would diminish our knowledge of how elk and wolves use this unique landscape and how they interact.”