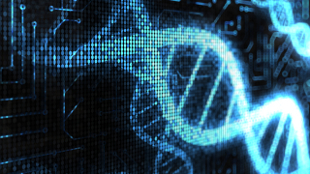 ISTOCK, ALENGOAnalyses of cancer genome data turn up many highly mutated genes that appear to be associated with the disease, but a hefty portion of those are red herrings. These false positives are the result of naturally varying rates of mutation across the genome, according to a study published yesterday (June 18) in Nature. The authors also demonstrate a new analytical approach that helps cancer researchers focus on relevant genes.

Mutations occur in all cells, but the genomes of cancer cells accumulate more errors than most, largely because tumor cells proliferate faster than healthy cells. Conventional approaches to identifying mutations that drive the disease involve the analysis of tumor genomes to see which mutations occur more frequently than expected by random chance. As the number of sequenced cancer genomes rises, the list of seemingly significant genes has grown ever longer.

But mutation rates are not naturally uniform across...

To overcome the problem, Getz’s team developed an algorithm that factors in the presence of highly mutable genes. When applied to previous analyses of cancer genome data, the effects of the new approach were dramatic. For example, the list of genes that might be associated with lung cancer came down from 450 to 11. “We believe that this tool should be used in all studies—small or large—since the resulting gene list more accurately represents genes that have undergone positive selection in cancer,” Getz said.