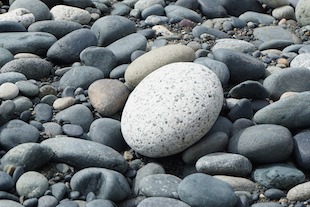 There are Nobel Prizes, and then there are Ig Nobel prizes. Few actively pursue the latter, annual awards given by the Annals of Improbable Research to “honor achievements that make people laugh, then think.”

The prize in economics went to a study from researchers in the U.K. and New Zealand who examined the personality of rocks in a sly critique of a commonly used scale in marketing research for rating the personality associated with a brand.

The Ig Nobel prize in reproduction went to research by the late Ahmed Shafik of Cairo University. Among other things, Shafik studied whether underpants of different materials—polyester, cotton, or wool—affect male sexuality, both in rats and humans. (Polyester could have an “injurious” influence, he reported in 2009.)

Honors were also given to...

The prize may spotlight eyebrow-raising research, but the goal is to “spur people’s interest in science, medicine, and technology,” according to the Annals of Improbable Research. “Good achievements can also be odd, funny, and even absurd.”