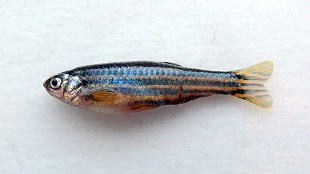 “An important mystery has been why some cells in the body already have mutations seen in cancer, but do not yet fully behave like the cancer,” Charles Kaufman of Boston Children’s Hospital said in a statement. “We found that the beginning of cancer occurs after activation of an oncogene or loss of a tumor suppressor, and involves a change that takes a single cell back to a stem cell state.”

The researchers focused on a gene present in vertebrates called crestin. This gene is expressed normally only in neural...

Injecting a fluorescent crestin reporter into transparent zebrafish carrying mutations in melanoma genes, the researchers found they were able to visualize the moment that precancerous cells activated stem cell-like patterns of gene expression.

“Every so often we would see a green spot on a fish,” said study coauthor Leonard Zon of Boston Children’s Hospital in the statement. “When we followed them, they became tumors 100 percent of the time.”

“It’s a significant advance in the field,” Ze’ev Ronai, the scientific director of the Sanford Burnham Prebys Medical Discovery Institute in La Jolla, California, told The New York Times. “They provide a pretty strong demonstration that that pathway is correct.”

The team will now focus on the pathways regulating the switch in gene expression, according to the statement—research that Kornelia Polyak of the Dana-Farber Cancer Institute told the Times would be essential to develop drugs targeting melanoma.

“What is the stimulus that allows a single cell out of millions to become cancerous?” she asked. “What is the trigger and why does it happen so rarely? Why, why is this happening?”