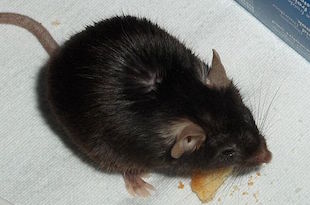 C57BL/6 mouseWIKIMEDIA, WUALEXScientists found a mutation in the C57Bl/6 mouse strain, which could affect the results of studies that have used the animals, STAT News reported today (May 20). The mutation disrupts the function of the Dock2 gene, causing immune effects, researchers from the Ragon Institute in Cambridge, Massachusetts, and colleagues wrote in the study, which was published yesterday (May 19) in Cell Reports.

“In light of these findings, published studies involving immune or hematopoietic phenotypes in which these C57BL/6 mice have been used as controls, as experimental animals, or for backcrossing will need to be reinterpreted,” the authors wrote in their paper.

The Ragon Institute’s Vinay Mahajan and colleagues previously observed a number of immune system defects in mice engineered to have a defective Siae gene, including a decrease in marginal zone B cells and an increase in CD8+ memory T cells. The researchers backcrossed these...

By sequencing whole genomes and examining single nucleotide polymorphisms (SNPs) of these mouse strains, the researchers identified a duplication of the Dock2 gene on chromosome 11 that was responsible for the altered immune functions observed.

In a 2009 study, the researchers found two other strains of knockout mice with inadvertent mutations, which resulted in defective B cell development.