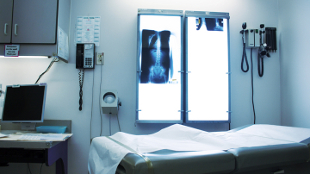 STOCK.XCHNG, JYNMEYERFive years ago, Claudia Castillo got a new trachea—a de-celled donor scaffold seeded with cartilage cells grown from her own stem cells and with epithelial cells from a healthy part of her windpipe. Today, the Colombian mother of two “continues to enjoy a good quality of life, and has not experienced any immunological complications or rejection of the implanted airway,” according to The Lancet.

After Castillo’s own trachea had partially collapsed following complications from tuberculosis, Paolo Macchiarini at the Hospital Clínic of Barcelona in Spain and colleagues decided she needed a new one. Castillo was released 10 days after surgery, needing no immunosuppressive drugs. She did require the implantation of a stent to support a part of the airway that began to narrow as a result of scarring, but now, five years later, her doctors report that she shows good lung function, has experienced no immunological complications,...

“These results confirm what we—and many patients—hoped at the time of the original operation: that tissue engineered transplants are safe and effective in the long term,” Macchiarini, now at the Karolinska Institutet in Stockholm, Sweden, said in a statement. “However, the scarring which occurred in this patient shows that long-term biomechanical stability can be improved, something which is currently under active pre-clinical investigation.”

“[This is] the end of the beginning for tissue engineering,” Alan Russell of the Disruptive Health Technology Institute, at Carnegie Mellon University and the Allegheny Health Network, wrote in an accompanying commentary—“the groundwork has been laid for clinical implementation in other specialties.”