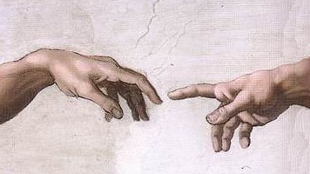 By a margin of 8-2, the Indiana State Senate's Education Committee passed a bill designed to insert the teaching of "creation science" alongside evolutionary theory in public school science classrooms. Senate Bill 89, which the Republican-dominated committee passed last week, would give schools the freedom to decide if they wanted to allow "the teaching of various theories concerning the origin of life," one of which is creationism.

According to The Times of Northwest Indiana, scientists and religious leaders in the state oppose the bill. "Creation science is not science," Purdue University professor of science education John Staver told the committee. "It is unquestionably a statement of a specific religion." Reverend Charles Allen, head of Grace Unlimited, an Indianapolis campus ministry, concurred, telling the committee that he would prefer students to be taught religion in a comparative manner rather than trying to "smuggle it in"...

Staver added that passage of the bill would likely stir up lengthy and expensive legal challenges in the state. "All that the citizens of Indiana are going to get from this bill are wasted legal efforts, lawyer fees, and penalties," he told the Senate committee, according to the Columbus, Indiana, newspaper The Republic.

And Staver's prediction may already be coming true. Indiana's chapter of the American Civil Liberties Union released a statement arguing that teaching creationism in public schools is unconstitutional. "The idea that somehow our state legislature can trump the Constitution just doesn't make sense," the ACLU of Indiana's head lawyer Ken Falk said in the statement. "When lawmakers propose legislation they clearly know will end up in the courts, it wastes valuable time and resources, disrespects the legislative process, and confuses an already complicated issue."

The bill will now be considered by the full Indiana Senate, which, according to the Chicago Tribune, has until this Wednesday to win approval.