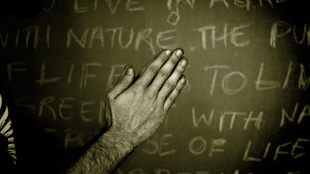 After deliberating for less than 20 minutes on Tuesday (January 31), the Indiana State Senate approved a bill allowing schools to teach “various theories concerning the origin of life,” including those of Christianity, Judaism, Islam, and Scientology. The day before, the bill had been modified from its original form to include the teaching of other religious views in addition to creationism.

The bill still needs the approval of the state’s House of Representatives and governor Mitch Daniels before it’s passed into law. And even if the bill is passed into law, schools will not be required to teach the new material, the Indystar reported, but merely allowed to if they so choose. According to a spokeswoman for the Indiana Department of Education, the state will not develop curriculums or guidelines for teaching creationism, but will leave that up to the individual schools.