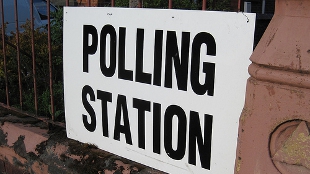 Wikimedia, comedy_noseThe health sector has spent more than $193 million this election cycle—topping its previous record, set during the 2008 election, by 9 percent, according to the Center for Responsive Politics, a non-partisan organization that analyses campaign spending.

The record-breaking donations were made possible by the 2010 Supreme Court ruling that eased restrictions on political contributions by businesses. As a result, corporations and large companies were able to spend more freely during the current political campaigns. “You have to make sure your point of view is represented,” Peter Kezirian of the Cooperative of American Physicians, told Nature. His organization seeks to influence medical malpractice reform and has spent roughly $2.1 million this election.

Some experts say that the process raises serious ethical concerns, allowing big business to influence the decisions of their candidate of choice. “We have an inherent trust in health-care providers, but we have to understand...

As a whole, the health sector contributed more to President Barack Obama’s campaign than Mitt Romney’s, following the trend of 2008’s presidential race, when Obama received more biotech and pharma donations than John McCain.  However, when the contributions to all of the congressional races are tallied, Republicans receive the larger share, at 56 percent.