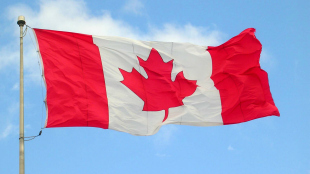 A new report from the Canadian Association of University Teachers concludes that collaborations between industry and universities “place unacceptable limits on academic freedom and sacrifice fundamental academic principles,” according to a press release. The group reviewed 12 pacts between companies, the government, and Canadian universities and found that the majority violate the schools' principles on academic integrity.

For instance, the report concludes that in a $9 million agreement between the drug maker Pfizer, the University of British Columbia (UBC), and the British Columbia Cancer Agency (BCCA), the company has power over research funds and planning. Representing one-third of the program's research committee, Pfizer alone can veto any decision. “The question of institutional autonomy is clear: by entering into this agreement, UBC has bound itself to the interests of Pfizer. The donor is able to exercise a veto over the researcher plans of UBC academic staff,” the authors...

According to ScienceInsider, of the seven research projects analyzed, just one provided peer review for project selection. And only two guaranteed researchers access to all of the data generated by the partnership.

In a statement sent to Pharmalot, a Pfizer spokesperson said that “it is our experience that academic independence and private sector intellectual property protection are not mutually exclusive. Biopharmaceutical research is an expensive and long-term effort, and intellectual property protection is vital to ensuring the possibility of a return on investment when research is successful.”

Murray Gray, the scientific director of the Centre for Oil Sands Innovation at the University of Alberta in Edmonton, one of the partnerships analyzed in the report, told ScienceInsider that the report's conclusions are “complete and utter nonsense.” The authors believe that industry involvement in research should be donations and nothing more, he said. “The proposition that a company should give the university money to do applied research and then have the university do peer review and tell the company what the research should be, unilaterally, is bizarre.”