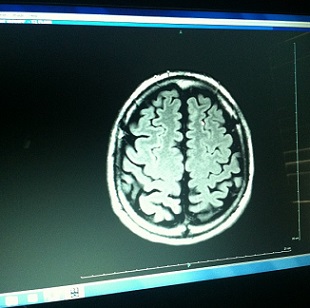 FLICKR, ANDREW HAZLETTIn a study of nearly 150 infants and toddlers, researchers compared MRI scans of children’s brains when they were six months, one year, and two years old. A computer then processed the six-month and one-year scans and managed to correctly predict which children would go on to receive an autism diagnosis. Among children in high-risk families, the algorithm correctly identified about 80 percent of the infants that went on to develop autism, according to the study published this week (February 15) in Nature.

“It’s been a continual goal of Autism Speaks and the autism community to drive the age of diagnosis to be as early as possible,” Mathew Pletcher, interim chief science officer at Autism Speaks, which partially funded the study, told STAT News. “Early diagnosis in autism does make a difference.”

Although children can be diagnosed as early as age two, most children are not diagnosed...

The key to the new study’s algorithm was the comparison of the six-month and one-year scans, and what the difference between these images said about how the brain was growing. During this period of time, the young brain’s surface grew faster in autism patients than in neurotypical children, causing it to develop more and deeper folds. (The brain’s overall size also increases faster among autism patients than neurotypical children, but not until one to two years of age; research has long associated larger brains with autism.)

The differential pattern of brain growth “is a potential biomarker that could be used to identify those infants who perhaps could benefit from early stimulation,” Geraldine Dawson, a clinical psychologist and autism researcher at Duke University who was not involved in the work, told Scientific American. “This could help those children have the best outcomes.”

Researchers agree that this is not a practical screening process for all children. But infants with a higher risk of autism—for example, those with a sibling with the disorder—could one day benefit from a reliable screening procedure similar to this one, Piven told STAT News.