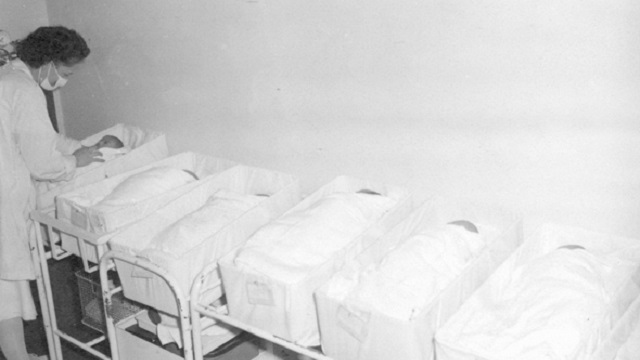 WIKIMEDIA, MENNONITE CHURCH USA ARCHIVESSeveral studies in the last five years have found that babies born via C-section tend to have altered microbiomes and face more health risks than babies born vaginally. But in some analyses of infant microbiomes, researchers failed to take into consideration the underlying reasons why a Cesarean section was performed, researchers reported in a review article published last week (November 24) in EMBO Reports. This suggests that “exposures and events throughout pregnancy that may ultimately result in a Cesarean or follow thereafter—but not the surgery itself—may be the true drivers of variation in the microbiome and risk of atopic disease, obesity, or metabolic disorders later in life,” the authors wrote.

Moreover, a closer look at prior studies investigating microbiome differences between infants delivered vaginally and via C-section revealed varying results. “When we dug into the literature in greater detail, we found that other investigators were not seeing a strong difference in the...

The findings draw into question prior work, which has suggested that birth mode (as opposed to the circumstances leading up to birth) significantly impacts the early-life microbiome and risk of noncommunicable diseases such as obesity and diabetes. The results also call into question the practice of vaginal seeding, which has already attracted commercial interest.

“In this publication, we wanted to explore the available literature with a critical and objective eye,” Aagaard said in the release. “This is an extremely important exercise of scientific review to ensure that clinical practice is not reflexively changed without wider-spread clinical research of seemingly exciting and novel science.”