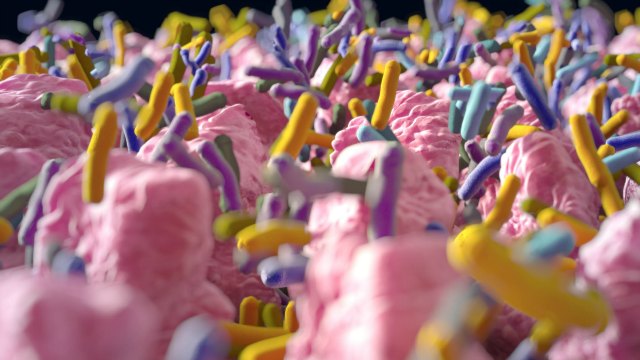 ISTOCK, CHRISCHRISWGut bacteria appear to be mediators of the untoward effects infection can have on offspring during pregnancy, according to a study in mice published today (September 13) in Nature. Researchers found that pups developed autism-like behaviors if their mothers were exposed to an infection while pregnant, but only if certain bacterial strains were present.

These strains prompted the activity of T helper cells in the intestine, causing the immune cells to manufacture interleukin-17a—a previously identified culprit of behavioral dysfunction in mouse pups exposed to maternal inflammation.

“This data strongly suggests that perhaps certain mothers who happen to carry these types of Th17 cell-inducing bacteria in their gut may be susceptible to this inflammation-induced condition,” coauthor Jun Huh of the University of Massachusetts Medical School says in a press release.

In a second study also published in Nature today, Huh and his colleagues pinpointed the brain region...

“It’s unusual to be able to demonstrate such a direct link between the activities of brain regions and specific behaviours,” Nature editors write in an editorial, “although plenty of work on mental disorders makes a strong theoretical case for linking particular conditions to over- and under-active brain zones and circuitry.”

As the authors note in one of their studies, women infected with viruses during pregnancy are at a higher risk of having children with behavioral problems. If the connection between brain irregularities and viral infection were confirmed in humans, “one might consider strategies to reduce the risk of harm from maternal infections during pregnancy through something as straightforward as manipulation of the mother’s intestinal bacterial population, whether by simple dietary modification or by other means,” Craig Powell, a neuroscientist at the University of Texas Southwestern Medical Center, writes in an accompanying commentary.