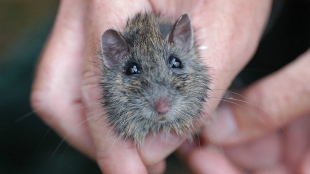 WIKIMEDIA, DOUG BECKERSIn 2013, a large group of collaborators published a paper in PNAS concluding that genomic responses to inflammatory stress in mice don’t correlate well with those in humans. “The prevailing assumption—that molecular results from current mouse models developed to mimic human diseases translate directly to human conditions—is challenged by our study,” Junhee Seok, who’s now at the Northwestern University Feinberg School of Medicine, and his colleagues wrote in their paper.

Fast forward to last week, and another study, using the very same data, reached the opposite conclusion.

“Here we re-evaluated the same gene expression datasets used in the previous study by focusing on genes whose expression levels were significantly changed in both humans and mice,” Keizo Takao and Tsoyosji Miyakawa wrote in their recent paper, also published in PNAS. “Contrary to the previous findings, the gene expression patterns in the mouse models showed extraordinarily significant correlations...

According to a press release from Fujita Health University, where Miyakawa is based, the original study compared all the genomic changes, regardless of whether the involved genes only responded to the stress in one of the species. Such an approach “obscures the correlation between homologous genes of humans and mice to nearly zero, as demonstrated by Seok et al.” in the 2013 paper, the release read.

Gregory Hickok, a neuroscientist at the University of California, Irvine, tweeted: “Reflects that the conclusions aren’t automatically given by data. It’s all in the interpretation.”