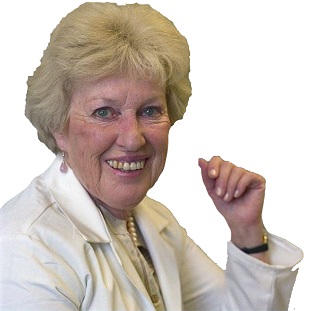 Polak was born in Argentina and studied medicine at the University of Buenos Aires, specializing in pathology. In 1968, she moved to the U.K. for graduate studies at the Royal Postgraduate Medical School at Hammersmith Hospital, now part of Imperial College in London. She stayed on as the head of the histochemistry department, and became a professor of endocrine pathology at the medical school. While studying the reasons for transplant rejection in organ recipients with surgeon Magdi Yacoub, Polak fell seriously ill and was diagnosed with pulmonary hypertension. By age 56, her condition was severe enough to require a heart and lung transplant. Her collaborator, Yacoub, performed the procedure.

Returning to research and teaching a year later, Polak...

After the transplant, she switched the focus of her research to study tissue engineering, with the idea of eventually creating artificial lungs and other organs in the laboratory. She created the Julia Polak Research Trust at Imperial College because “at the time I realized that much research was needed in order to find ways of restoring normal lung function in patients with lung diseases,” Polak wrote on the Trust’s website.

Polak and her collaborators were among the first in the country to work with embryonic stem cells. Their foundational work towards making artificial lungs included advances such as “gene arrays” and creating biomaterials such as “bioglass,” The Guardian reported. Polak published more than a thousand papers, advised the government, and received numerous awards that highlight her prominence as a scientist. She was appointed Dame of the British Empire (DBE) in 2003.

Polak is survived by her husband, Daniel Catovsky, and their two sons.