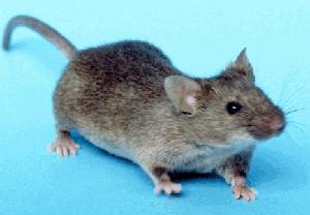 WIKIMEDIAMice trained to fear the smell of a cherry-and-almond-scented chemical called acetophenone passed their anxieties onto their pups, according to a study published this week (December 1) in Nature Neuroscience. Compared to control mice, mice born to acetophenone-fearing fathers shuddered more in response to the scent the very first time they smelled it, and the same was true for a third generation of mice. The researchers provide evidence to suggest that the effect may be mediated by epigenetic changes, but the field is divided.

Others are more convinced. Neurobiologist David Sweatt of the University of Alabama at Birmingham told Nature that the manuscript is “the most rigorous and convincing set of studies published to date demonstrating acquired transgenerational epigenetic effects...

For example, the researchers, Kerry Ressler and Brian Dias of Emory University in Atlanta, Georgia, noted differences in the numbers of neurons that produce an acetophenone-detecting receptor protein in mice trained to fear the scent, as well as their descendants, as compared to control mice. And the brain structures that receive projections from these neurons and help process smells were also bigger in acetophenone-fearing mice. Furthermore, the sperm of these mice displayed fewer methylation tags on the Olfr151 gene, which encodes an acetophenone-sensitive receptor, suggesting epigenetics as a possible mechanism for the inheritance of fear. Those methylation marks presumably fell within the body of the gene, however, not the promoter, leading Bestor to question their role in regulating the expression of Olfr151.

“I don’t see any way by which that gene could be directly regulated by methylation,” Bestor told National Geographic’s Only Human.

But evidence that epigenetics can influence behavior across generations seems to be accumulating. In people, children conceived in the midst of famine in a war-torn Netherlands in the 1940s have been noted for an increased risk of diabetes, heart disease, and other conditions, for example, and some researchers suspect that a parent’s anxiety can influence their children or children’s children via epigenetic changes to receptors for stress hormones.