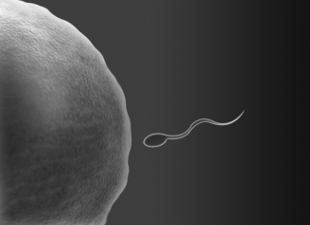 FLICKR, ZAPPYS TECHNOLOGY SOLUTIONSResearchers have identified a sperm-specific protein, essential for fertilization, that is negatively affected by US Food and Drug Administration–approved drugs in male mice. The results, which the authors contend show promise for a male contraceptive, were published last week (October 1) in Science.

Researchers from Osaka University and Tsukuba University in Japan focused on the calcineurin protein, which exists in multiple forms throughout the body. They followed previous lines of evidence indicating that sperm produce a specific form of calcineurin.

The team created a set of knockout mice that lacked the sperm-specific form of the enzyme and observed the animals’ sexual activity. While the knockout males were able to ejaculate normally, they failed to impregnate any of the normal female mice in the study. Analyzing the semen, the researchers discovered that the midsection of the sperm cells’ flagella were too rigid to help the sperm...

The researchers then gave normal mice a set of calcineurin-inhibiting medications. Over a five-day course of drug treatments, the male mice were rendered infertile. The mice recovered fertility a week after stopping the treatments.

The two drugs used in the study, cyclosporine A and FK506, are calcineurin inhibitors currently approved by the FDA as immune system suppressers. They work by blocking calcineurin’s function in T-cell activation, which prevents transplant patients from rejecting foreign organs. As a side effect, the anti-rejection drugs do reduce sperm movement at prescribed doses, study coauthor Masahito Ikawa told The Why Files. “The dosage is enough to impair sperm motility but it is not enough to render men infertile.”

If researchers can find a drug that mimics the mechanism exploited in the new study but does not affect the immune response, it could be delivered as a pill or an implant that releases a steady dose, Ikawa explained to The Why Files. “We certainly need male contraceptives, and new designs that aren't hormone-based are really welcomed in terms of acceptability,” Patricia Morris, director of biomedical research at New York nonprofit Population Council who was not involved with the study, told LiveScience.