In at least one species of caterpillar, the gut appears to slide freely back and forth, untethered to the surrounding tissue - an unusual mechanism that might help the insect digest food while it crawls up stems in search of its leafy meals."What they're describing here, as far as I know, has never been described in any other animal," said zoologist linkurl:Michael LaBarbera,;http://pondside.uchicago.edu/oba/faculty/labarbera_m.html who studies invertebrate biomechanics at the University of Chicago and was not involved in the study, published this week in linkurl:__Current Biology.__;http://www.cell.com/current-biology/abstract/S0960-9822%2810%2900807-9 For __Manduca sexta__ caterpillars, crawling begins in the back of their approximately five centimeter long bodies. They lift up their rear legs, initiating a wave of contractions and elongations that eventually reaches the head. It seemed reasonable for first author of the paper, linkurl:Michael Simon;http://ase.tufts.edu/bdl/studentSimon.asp at Tufts University, to imagine that the internal organs would follow the same sort of motion. But when he and his colleagues showered the caterpillars with high-energy X-rays from a particle accelerator - essentially getting their first look of their insides - they saw a frenetic and unexpected back and forth swooshing that did not look anything like what they could observe from the outside. The swooshing revealed by the X-ray imaging came from air tubes, called trachea, that were attached to the intestine. "They looked like seaweed blowing in the ocean," Simon said. As soon as the caterpillars lifted their hind legs to begin crawling, the researchers could see the tracheas moving, as if the gut moved way before the rest of the body caught up. "They describe this movement as appearing to be piston-like," said linkurl:John Brackenbury;http://www.pdn.cam.ac.uk/staff/brackenbury/index.html from Cambridge University, who also researches invertebrate biomechanics and was not involved in the study. "So the gut sort of moves backward and forward like a piston inside the body shell."
Video Abstract submitted to __Current Biology__ by M.A. Simon et al from Tufts University
They observed a similar internal swooshing in translucent __Manduca__ hatchlings. By shining a light right through them as they crawled on a dissection microscope, the team confirmed that the whole gut, while anchored to the tip of the head and anus, was moving independently from the rest of the body, lengthening and shortening as the crawling wave moved throughout the hatchlings. "The million dollar question is: Are those gut movements essential for locomotion?" Simon said. He added that as of yet, there is no evidence to support whether the pistoning of the stomach is helping the insects move around. In fact, research carried out by one of his co-workers seems to indicate that there is no net force being generated by the back-and-forth movement of the gut that would help propel the animals forward. "This may in fact may just be a consequence of locomotion," Brackenbury suggested. "The caterpillar may be protecting its guts by decoupling the movements of the bowel from the movements of the skin around it." In retrospect, considering that caterpillars are all guts, this separation of gut and skin should not have come as a surprise, Simon said. Their digestive tract stretches from mouth to anus without being divided into compartments and makes up about one third of their body mass. Were the intestine attached to the body, he explained, it would have to crumple and contract the way the outer body does when it crawls. This is compounded by the fact that the back to front motion of crawling works in the opposite direction of digestion, which strives to squeeze food toward the back of the animal. "Anything that interferes with eating or growing is going to be a major disadvantage to the caterpillar," Simon said. "So with the gut being free you've essentially disconnected digestion from the majority of locomotion." Whether this indeed represents some benefit to the animal remains to be known, LaBarbera said. Just like humans swing their arms when walking in order to stabilize the head and upper torso, the swooshing back and forth of the stomach in caterpillars may help mix its contents, improve blood circulation, or somehow reduce the energetic cost of crawling. How common this mechanism is throughout the animal kingdom is also unknown. Since the paper was submitted for publication, the team has identified yet another caterpillar species with the same gut-skin disconnect. These caterpillars have "such a weird and wonderful locomotory system," LaBarbera said. "And after they do this for a couple of weeks, they close themselves up in a little pupae and they come out having normal working legs and wings. I just find that astonishing."M.A. Simon, et al., "Visceral-Locomotory Pistoning in Crawling Caterpillars" Current Biology, doi: 10.1016/j.cub.2010.06.059, 2010.
**__Related stories:__***linkurl:Leapin' lizards;http://www.the-scientist.com/news/display/54745/
[13th June 2008]*linkurl:Caterpillars chew over plant defenses;http://www.the-scientist.com/article/display/20325/
[11th April 2002]*linkurl:Unleashing genetic diversity;http://www.the-scientist.com/news/display/23075/
[3rd February 2006]
Related Articles 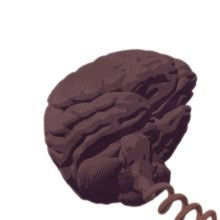