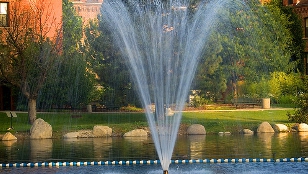 University of Nevada, Reno campus where the Whittemore Peterson Institute is locatedFLICKR, JOEMACJR

Chronic fatigue syndrome researcher Judy Mikovits’ former employer, The Whittemore Peterson Institute (WPI) for Neuro-Immune Disease, will get to keep her grant from the National Institute of Allergy and Infectious Diseases (NIAID), reported ScienceInsider.  Mikovits was fired from WPI in September, and a few months later her controversial paper linking chronic fatigue syndrome to a viral cause was retracted by Science without complete author approval.

After Mikovits left WPI, the NIAID visited the institute to assess whether her co-author Vincent Lombardi could take over as PI on the grant, and officially approved him on Tuesday (February 7). The 5-year $1.5 million grant will end in August 2014.

It’s a rare bit of good news for WPI, which in addition to being entangled in legal battles with Mikovits over lab documents she allegedly stole, is...