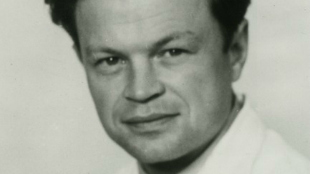 WIKIMEDIA, MRC NATIONAL INSTITUTE FOR MEDICAL RESEARCHJean Lindenmann, the virologist who, along with Alick Isaacs at the National Institute for Medical Research in London, helped identify interferons for the first time passed away earlier this month (January 15). He was 90.

Lindenmann was a postdoc in the 1950s when he and Isaacs discovered that interferons were responsible for blocking future infections after chicken egg membranes had been exposed to an inactivated form of the virus.

According to The New York Times (NYT), “[a]fter his discovery, Dr. Lindenmann returned to his original institution, the University of Zurich, saying he wanted to leave further study of interferons to others.” Lindenmann sought an answer to a phenomenon in laboratory mice that some were resistant to influenza and others not. “The answer turned out to be interferon again,” according to the NYT.

Lindenmann is survived by two sons and four grandchildren.